FILM NOIR CLUB: What Makes a Movie a Film Noir

What Makes a Movie a Film Noir

Film noir is not a genre.  It is not defined, as are the western and gangster genres, by conventions of setting and conflict, but rather by the more subtle qualities of tone and mood. It is a film “noir” as opposed to the possible variants of film gray or film off-white.

Film noir is also a specific period of film history, like German Expressionism or the French New Wave. In general, film noir refers to those Hollywood films of the forties and early fifties which portrayed the world of dark, slick city streets, crime and corruption.  Film noir can stretch at its outer limits from the “Maltese Falcon” (1941) to “Touch of Evil” (1958) and most every dramatic Hollywood film from 1941 to 1953 contains some noir elements.

Almost every critic has his own definition of film noir. Since film noir is defined by tone rather than genre, it is almost impossible to argue one critic’s descriptive definition against another’s. How many noir elements does it take to make a film noir noir?

There were four conditions in Hollywood in the forties which brought about the film noir: 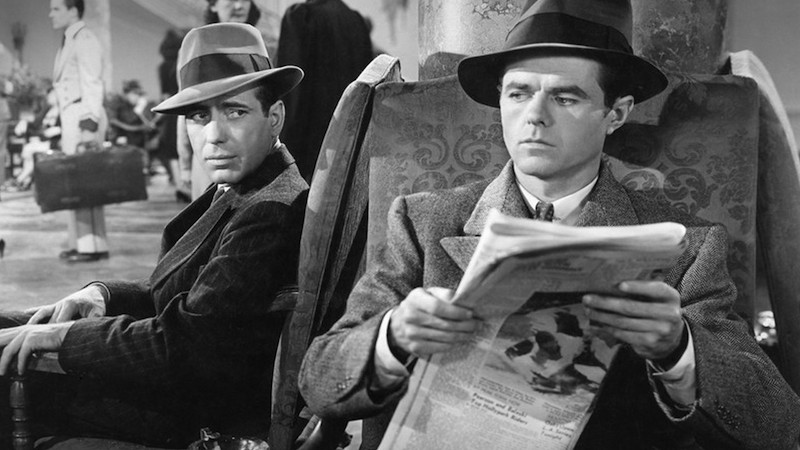 (John Huston: USA 1941)
Elisha Cook: "Keep on riding me and they’re going to be picking iron out of your liver."
Sam Spade: "The cheaper the crook, the gaudier the patter." 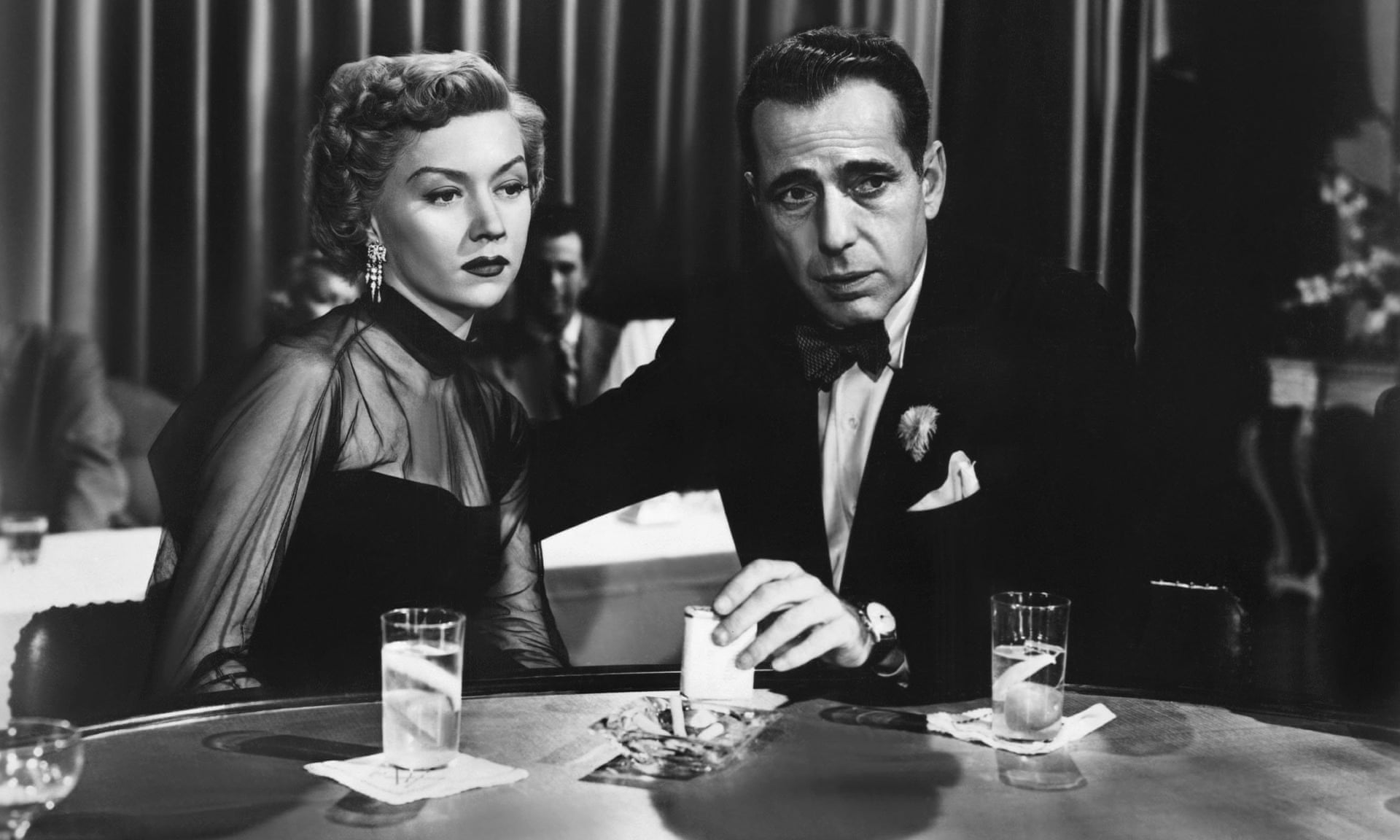 "I was born when she kissed me. I died when she left me. I lived a few weeks while she loved me".